Las Vegas: How to Ensure Your Vacation is Packed Full of Adventure – American Road Trip Online
Skip to content

Las Vegas was for a long time the adults playground. Las Vegas was and is the gambling and drinking capitol of the world, and it was just about as Wild West as you could get in the twentieth century. But in the last 20 years Las Vegas has changed into a large amusement park for the whole family. There is such a wide variety of things to do inside and outside of Las Vegas apart from gambling, that it would be a shame to pass up the opportunity to see some of the beautiful sites around the area.

1) Think location. A hotel that is located directly on the strip will end up being much higher in price than a hotel just off the strip. Really, glamour is nice, but saving a couple of extra hundred dollars in the long run will allow you the opportunity to do some great things that had not been originally accounted for.

2) Outside of Las Vegas are some very nice deserts and mountains. Easy to get to and very close, it is nice to take a break from the gambling and partying to get out and visit a bit of nature. Finding a hotel that is close to the Strip but also close to all the nature reserves is a big bonus when you are not having a good time at the casino tables.

3) Las Vegas is huge, and continues to grow, so trying to visit an amusement park on the outskirts from the Strip, may tend to be a bit difficult, so try to aim to be a little farther from all the traffic if you are not just gambling and are doing other fun things. 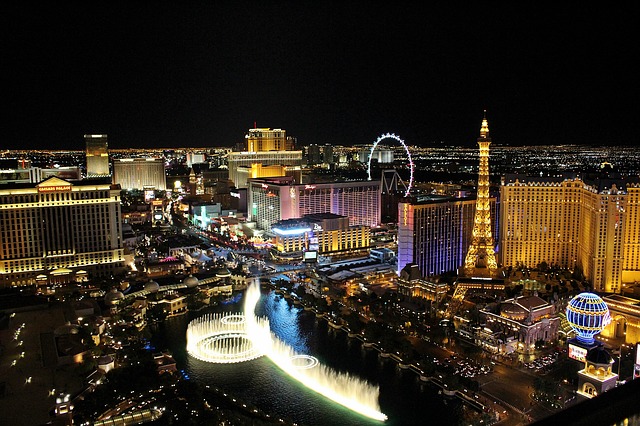 4) When searching for a place to stay in Las Vegas, you will find that in just about any direction there will be hotels in which to stay, offering a drive of less than 10 minutes to the Strip plus there is free parking at most casinos on the Strip for when you are going to gamble.

5) Think Entertainment! Check out the available shows during the time you are in Vegas. If you are lucky, you might get to see some of the greatest entertainers such as Jay Leno, Edwin Murphy, Sting, Bon Jovi, Celine Dion, Jeniffer Lopez, Shakira, Madonna and many many more for just a few dollars. Sometimes, you might get a ticket dirt-cheap if you only look around and ask. Since Vegas is relatively small, its worth your while to check out not just the shows that your hotel (however grand it is!) is planning for its customers, but also to check out those offered by the rest of the hotels in Las Vegas.