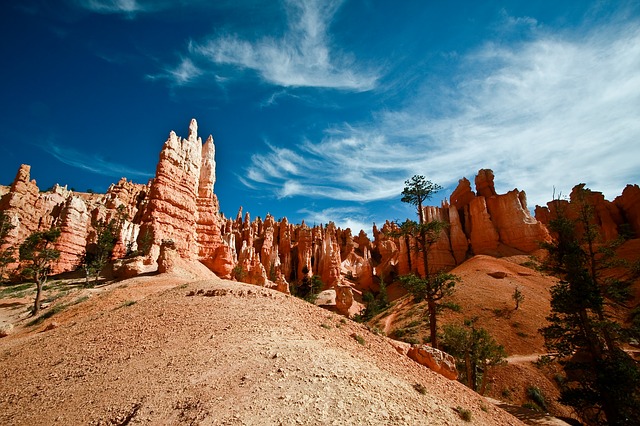 This National Park spans over 56 square miles, with Rainbow Point being the highest portion of this park at 9,105 feet, while the lowest portion is Yellow Creek at 6,620 feet. The main attraction of this park is Bryce Canyon, which was actually not created from erosion from the central stream, which means technically it is not classified as a canyon.

Bryce Canyon is made of collections of massive natural amphitheaters that stretch across the eastern-side of Paunsaugunt Plateau. Erosional forces caused from frost-wedging, along with rainwater is responsible for shaping limestone rocks of the Claron Formation into strange shapes that includes fins, windows, canyons and the spires which are known as “hoodoos”. 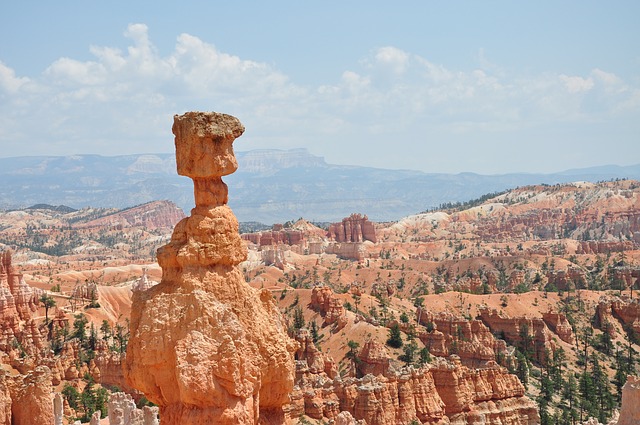 Other interesting information about Bryce Canyon National Park includes the white, orange and red rock colors which offer outstanding views to the park visitors. Claron Formation was the name that was given to a rock layer which forms the “hoodoos” of Bryce Canyon. This particular layer features a number of rock types that include mudstones, siltstones, yet it is predominantly made up of limestone. Around 40 million years ago, this specific rock was “born” in the ancient lake which covered the majority of Western Utah.

Water over many years have carved the rugged landscapes of Bryce Canyon and in the next 50 years, the current rim will recede by another foot. The 3 life zones present in this park according to elevation include the fir and spruce forest in the highest areas, the Ponderosa Pine forest in the mid-elevations and the Juniper and Pinyon Pine forest in the lowest areas. The diverse habitats offer high biodiversity.

Over 400 plant species can be found in this park. The array of wildflowers offers an exquisite palette of sizes, colors, pollinators, seasonality and growing needs that are highly specific. The plants that grow in the forests are very different to plants that flower and thrive in the Pink Cliffs of Bryce Canyon.

Around 175 species of different birds also frequent Bryce Canyon National Park. Many of these species are known for migrating to a warmer climate in the winter months, yet the owls, eagles, nuthatches, ravens and jays stay. 4 amphibian species and 11 reptile species have also been located in this park. Some of the reptiles include the Tiger Salamander, the Striped Whipsnake, the Side-Blotched Lizard, the Short-horned Lizard and the Great Basin Rattlesnake.

Bryce Canyon provides outstanding stargazing thanks to the exceptional air quality in this area along with the fact that it is far from light pollution sources. 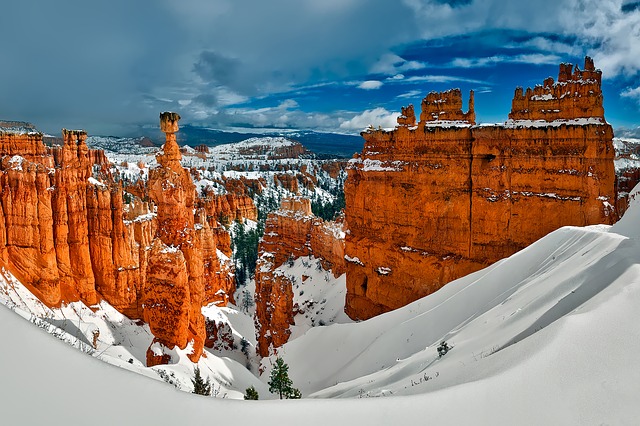